Lawyers are always patting each other on the back. Let’s be honest, if we don’t nobody else will.

You can often see us photographed in the business pages of local papers passing each other awards made of engraved glass in the shape of a child’s drawing of a mountain. Very prestigious awards mind you, highly prized  with categories such as “Proactive Legal Innovators of the Month”and “Tax deductible  Charity Champions (year end April 2014)”. 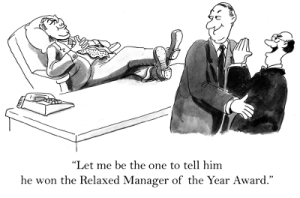 Lawyers also love a survey, as long as it’s about lawyers. A recent one asked  the vexed question “Who is the greatest lawyer ever?”

Who do you think won?

Well, of those that didn’t reply “Me”, the winner was Thomas More. Now if you are well versed in the legal affairs and political cut and thrust of Tudor England your response might well be “Top choice – a fine upholder of the Rule of Law during  very trying times for the legal establishment”. If not, you might reply “Oh yeah – wasn’t he Bobby’s brother…no, hang on, that was spelt double o” or ” shouldn’t it have been Nelson Mendela or Mahatma Ghandi or Perry Mason or him off the telly who didn’t get his house finished?”

“That’s negligence by medical people, everyone knows that.”

“Is that negligence by clinics,  or negligence carried out expertly with no emotional involvement ?”

“No, it’s the same as medical negligence.”

“Just to confuse you.”

Letters from  lawyers are perplexing, even to lawyers. I regularly get told  in correspondence that someone is going to revert to me shortly. What! They’re going to turn into a rapidly greying Middlesbrough  solicitor just getting over an unfortunate fixation with Betty Rubble; or, are they just going to write to me again quite soon. Even worse is the use of  “revert back” , as opposed to what, revert forward?

When a lawyer says “clearly” in a letter you know he is deeply worried about the issue he’s writing about and it’s about as clear as mud. So, “you clearly have no defence to this claim” translates as “we’re screwed, please make an offer, any offer, we’ll take it”.

Similarly, you may well be a little baffled if a lawyer writes to you and says  “with all due respect” and then goes onto to show you no respect whatsoever. For example, ” I appreciate your point of view on this issue but with all due respect your mother sleeps with beelzebub and has a face like a bulldog licking wee off a nettle.” Please don’t be offended it’s just the way we are. Rude.

I’d love to go on but I’ve just had a call from the laundrette. The white dinner jacket is ready for collection. Must dash, will revert back to you later.

3 thoughts on “Bryan Ferry, Betty Rubble and Thomas More. Confused? You will be.”